The 9 Unique Cricket World Records That Are Hard To Break

International cricket can be one of the most demanding sports for a player, and setting cricket world records in such a game is undoubtedly a nearly impossible task. Having said that, in its 110 years of history, cricket has seen many athletes that managed to set world records again and again.

1. Graham Gooch – Most Runs in a Single Test Match

Graham Gooch, one of England’s finest batsmen, holds a cricket world record of scoring the highest number of runs in the history of Test cricket. He achieved this feat against the Indian cricket team in 1990 at Lord’s Cricket Ground, also known as The Home of Cricket. The former English captain smashed 333 runs in the first inning followed by 123 runs off only 113 balls in the second inning, scoring a total of 456 runs in the entire Test match. 30 years have passed and not a single batsman has come close to breaking Gooch’s cricket world record.

Nicknamed as Mr. 360 , AB de Villiers (South Africa) has a cricket world record of scoring the fastest 150 in ODI. In the 2015 World Cup match at Melbourne, AB scored his 150 off only 64 balls against West Indies and raised his score to an unbeaten 162 runs. He came to bat in the 30th over and targeted the opposing captain, Jason Holder, hitting him for 64 runs in his last two overs. South Africa finished the inning with 408 runs, and the Windies lost the match by 257 runs after getting all-out 151 runs in their innings. The second fastest 150 is by Shane Watson, who scored it in 83 balls.

3. Rahul Dravid – Most Consecutive Cricket Innings Without a Duck

The cricket world record for playing highest number of consecutive innings in international cricket without getting dismissed for zero runs is held by Rahul Dravid (India). Considering all three formats, Dravid survived 173 innings in the span of four years without a duck. Indian legend, Sachin Tendulkar, takes the second spot on this list with 136 innings without a duck. Another Indian cricket star, Virat Kohli, attempted to break Dravid’s cricket world record but failed after 104 innings.

4. Don Bradman – Most Runs In a Five-Match Test Series

Don Bradman, often referred to as The Don, has to be one of the top 3 batsmen in cricket history at the very least. In the 1930 Ashes Series played in England, Sir Don Bradman made history by scoring a staggering of total of 974 runs in the whole series. Actually, he broke Wally Hammond’s cricketing world record of 905 runs, which he made in the 1928-29 Ashes Series. Only Sir Vivian Richards has come close to these totals when he made 829 runs in 1976. 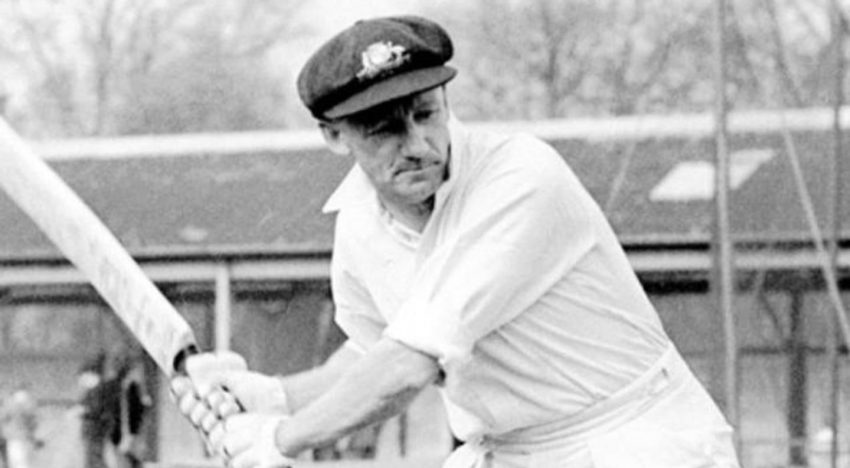 The legendary Sachin Tendulkar’s entire career overflows with cricket world records. He has the world record for playing the most number of International cricket matches (664), Test matches (200) and ODIs (463). The former Indian captain has made 15,921 Test runs with 51 centuries, 18,462 ODI runs with 49 centuries and 34,357 runs in his international career. It is nearly impossible to even come close to these figures, let alone top them. However, there are lots of promising players nowadays that we can make cricket bet prediction on whether they break some records or not.

Being one of the greatest spin bowlers in cricket history, Muralitharan has the most Test wickets (800) and ODI wickets (534) to his name. Not only that, his jaw-dropping performance throughout his career has got him the most international wickets ever, i.e. 1347 wickets. It has been about 9 years since the bowler’s retirement, and no one has come close to beating these records.

Usually, a bowler who has bowled 10 overs in an ODI with an economy rate of four runs or less per over is considered very economical. However, Phil Simmons, a relatively lesser-known player in our list, has an economy rate of 0.3 runs per over in an ODI. He made this astonishing cricket world record against Pakistan in 1992. Considering how fast cricket has become, one cannot see this record getting broken anytime soon.

8. Jim Laker – Best Bowling Figures in a Test Inning And Most Wickets in a Test Match

July 26, 1956, was the day when England’s Jim Laker was on a roll. On that day, the English spinner took all 10 wickets against Australia at Manchester in 51.2 overs, out of which 23 overs were maiden. Not only that, Laker only gave 53 runs with an economy rate of 1.03. Laker’s series of wins did not stop there as, in the second inning, he took a 9 wicket haul. With 19 wickets in a single Test match, this Jim Laker’s cricket world record is still unbeaten for 64 years.

Let us be honest: this list cannot be completed without this cricket world record. In his entire Test career of 80 innings, Bradman scored his runs with a batting average of 99.94. You can understand the brilliance of Sir Don Bradman by the fact that the second best figure in this category is 63.43 held by Marnus Labuschagne, another Australian cricketer. That is a huge gap!

This proves that Don Bradman is the best batsman cricket has ever seen. Another noteworthy cricket world record held by the legendary Sir Don Bradman is his career batting average of 95.14 in first-class cricket. It is highly unlikely that this record will be broken as it has been 71 years since Bradman’s retirement and the record is still held by Bradman.

Significant factors before buying for the best internet packages